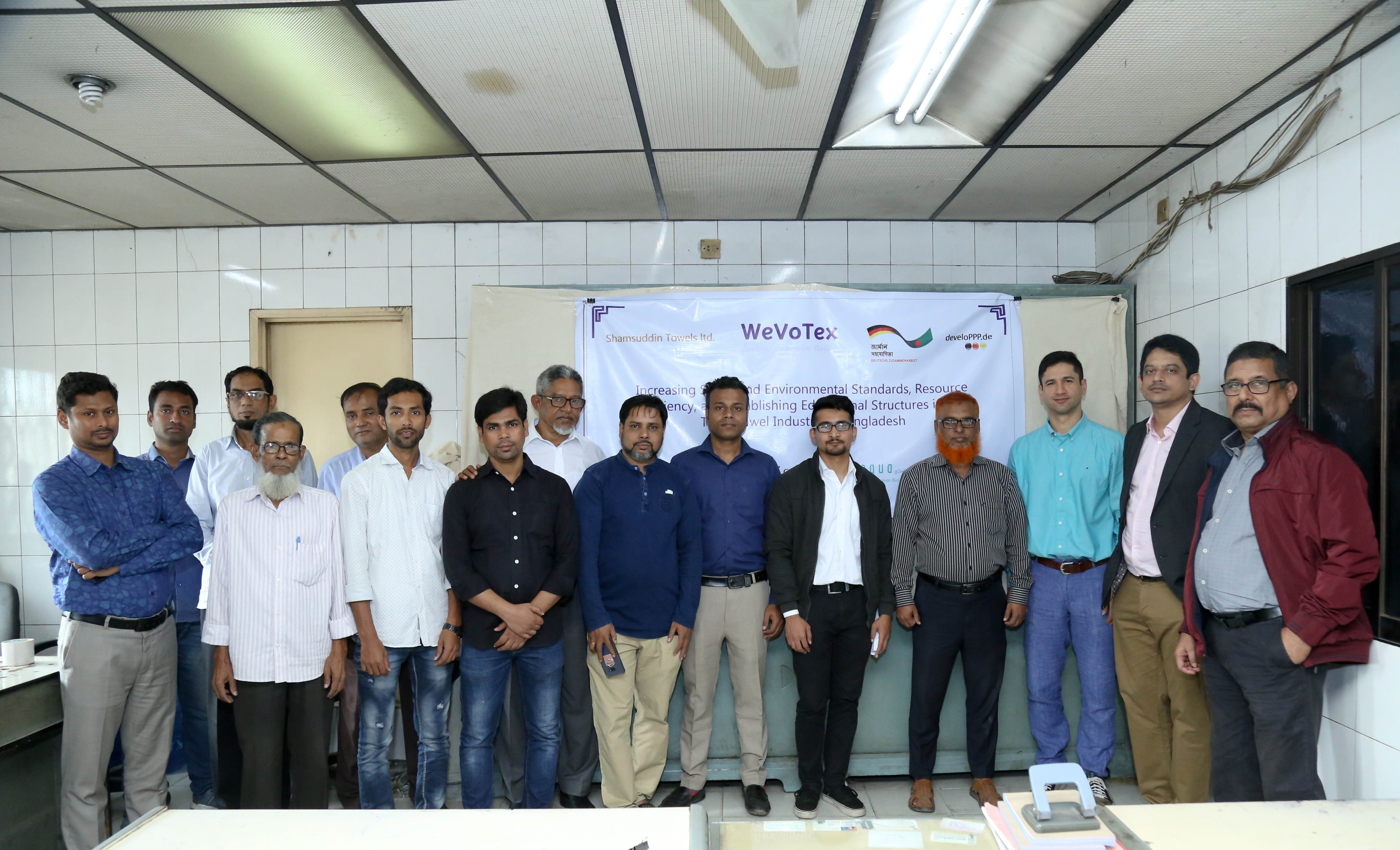 For suPPPort, 2018 ended with another big step towards a more sustainable world. In the midst of November, the most recent project, a development partnership between WeVoTex and suPPPort, funded by develoPPP.de through the sequa gGmbH, has officially embarked on further stages to overcome difficulties in the terry towel manufacturing industry.

The project is set to last two years qualifying WeVoTex’ Bangladeshi suppliers in environmental (ISO 14001) as well as social (BSCI) standards. They align with Sustainable Development Goals and thus, resource efficiency. Notable partners are the Textile University of Chittagong, as well as the local NGO Ella Pad and the Bangladesh Terry Towel and Linen Manufacturers & Exporters (BTTLMEA),

In December, only a month later, the Dutch-based sourcing agency, WeVoTex, gathered all meaningful partners for a kick-off meeting. It was held at the terry towel factory’s premise, situated in the BSCIC Industrial area of Feni in Bangladesh. This project aims to generate awareness and implement social and environmental standards by optimizing existing resources at the factory. The project will also develop lectures and conduct workshops for education partners benefiting, for example, the students at the Textile University of Chittagong.