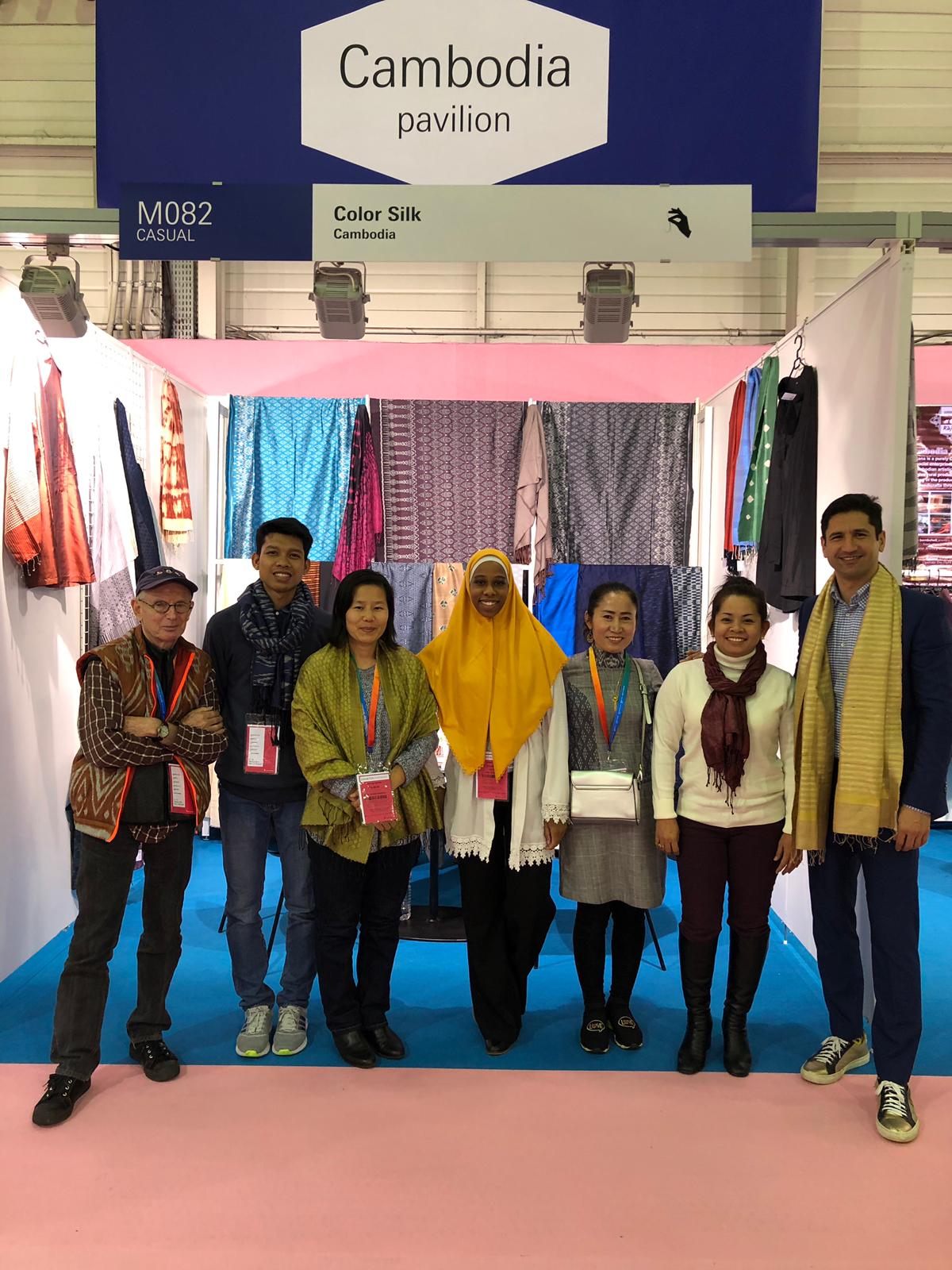 In the first half of February, four Cambodian garment producers and designers, who are former participants of the project at Modern Ethnic Design Center in Cambodia, received the opportunity to take part in the Apparel Sourcing Paris trade fair, which has been organized by Messe Frankfurt France.

Due to an existing partnership between Messe Frankfurt France, the German DEG and suPPPort, it was possible to create synergies between the two running projects in Cambodia, namely the develoPPP.de project in the Cambodian garment manufacturing industry and the project at the MEDC.
Thus, this created the opportunity to invite participants of the Modern Ethnic Design Center to join the fair in Paris, France.

To each business Messe Frankfurt France provided a booth in the Cambodian Pavilion of the fair, to showcase their collections made from high-quality handmade fabrics such as silk and handwoven Ikat textiles. Next to receiving their own booths and displays, another highlight were the two fashion shows which took place on a circular catwalk in an organic setting. Previous to their participation at the fair there had been workshops covering the topics of how to prepare and how to plan for a trade fair participation. The workshops took place at the Modern Ethnic Design Center and were held by Ozan Oezdemir and Hilary Hoffmann, the current Head of the MEDC, with the MEDC’s former participants and current participants attending the workshops.

To find out more about Messe Frankfurt France and their services, please follow this link.